The Most Important Question To Help You Get Rid Of Clutter

Have you ever looked around your house and wondered, “Where did all this junk come from?”

The fact is that most of us have too much stuff.

Some of it we bought ourselves.

Some of it was given to us.

Some of it is inherited or because we started yet another collection.

However it comes into our lives, most of us look around one day and ask, “How on earth do I get rid of all this stuff?” If you REALLY want to get rid of clutter, there is one question that will help you see it in a whole new light.

I’ve had an up-close and personal battle with “stuff” and clutter for quite a while now. You may know that I’ve recently moved back to my hometown and in to my father’s house. My mother was a collector extraordinaire. And she had a lot of beautiful pieces. But that means that I’ve moved MY stuff into a house already stuffed with THEIR stuff!

But you know what makes it even worse?

Added into the mix is the fact that a lot of stuff that belonged to my grandmother is still on the property and needs to be dealt with. In other words, I’m three generations deep in “stuff” because my mother had one of those mindsets that keep you buried in clutter.

Now before we sold our other house and moved out here I held two garage sales. I’d been working my way through my mother’s “stuff” for a couple of years and knew that in order to move in, we’d have to pare down.

Some of the stuff we sold, donated, gave away, and tossed was easy. Some of it wasn’t.

It’s funny how attached we get to our stuff.

Now, you’ve probably seen all kinds of books, blog posts, courses, TV programs, etc. that promise to help you get rid of your clutter. Downsizing seems to be all the rage these days and there are definite signs you have too much stuff. Frankly, I think anything that helps us deal with the stuff in our lives is a good thing.

The problem is that even when you get rid of a lot of stuff, clutter has a way of creeping back into your life when you’re not looking. I know – I’ve been there.

I’d collect stuff, get frustrated, toss, donate, and sell, and then one day I’d open my eyes and my house would be just as full as it was before I did the last big decluttering.

But one day the answer hit me like a bolt of lightning. And I think it’s the question we need to ask ourselves before we bring any more items into our house and as we’re going through belongings we already own.

Ask this question to help you get rid of clutter…

Do I love this item enough to want my children to have to deal with it after I’m dead?

It probably seems pretty harsh. It probably also sounds morbid. I mean, who wants to think about life in terms of what will happen when we’re gone.

But I bet that once you begin to think about your “stuff” as something your kids will have to clean out after you’re gone, you’ll start to think about it in a different light.

The question will force you to really focus on items that bring you joy and that you love.

You see, I’d just returned from a session in which I’d been dealing with my mother’s possessions. I was in the middle of cleaning my own house when it dawned on me that one day my own children would be doing exactly what I’d been doing – going through  stuff and trying to figure out what to do with it.

It was crystal clear that I didn’t want them to have to deal with as much stuff as I was dealing with.

Granted, there is a certain amount of stuff in our house that our kids will have to deal with when we’re dead. We can’t live in houses that are totally bare (and we don’t want to).

There is a certain amount of stuff that’s associated with being alive – at least there is if you cook, eat, bathe, and don’t want to sit on the floor. I don’t know anyone who says we have to get rid of everything in order to enjoy our lives.

But there is a limit.

Be thoughtful and intentional about your possessions

My new criteria for bringing items into my home doesn’t imply that we should get rid of every single item we own and live in a house with no furniture, no decoration, and that doesn’t please us. But it does mean asking ourselves the hard questions when the impulse to buy that “gotta have it” item kicks in. Have you ever bought an item that you later regretted and then wondered why you’d wasted the money?

Along the same lines, I’ve gotten pickier about the items I choose to keep. I’m a firm believer that we should quit saving the good stuff for later. If something is important enough to keep, it’s important enough to use and enjoy. That “later” date often never comes and we’ve ended up depriving ourselves of its enjoyment.

If we look at items and think, “Do I want my kids to have to deal with that later?” instead of, “Ooh, I like that”, we’re likely to be more discerning in our purchases. That saves us money, space, and reduces the stress our kids will have to deal with later.

It’s a pretty good gift to give your kids.

Have you had a clutter problem you had to deal with?

More to help you deal with stuff & clutter: 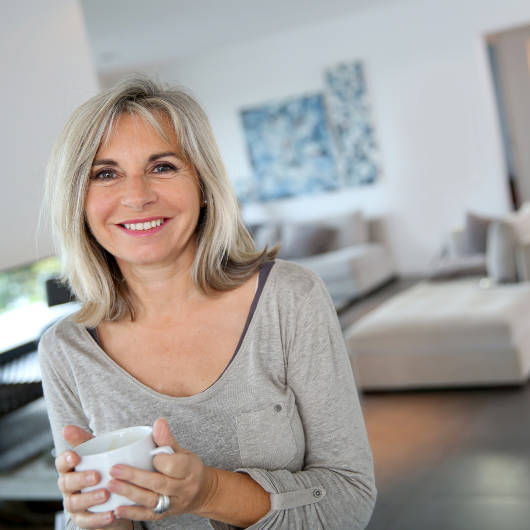 Clutter…it may seem like a small thing at first, but have you ever noticed how it grows and spreads? Before you know it, clutter has taken root and taken over your home. Taking some steps now will help you reap the benefits of decluttering. The best time to get rid of clutter is to tackle… 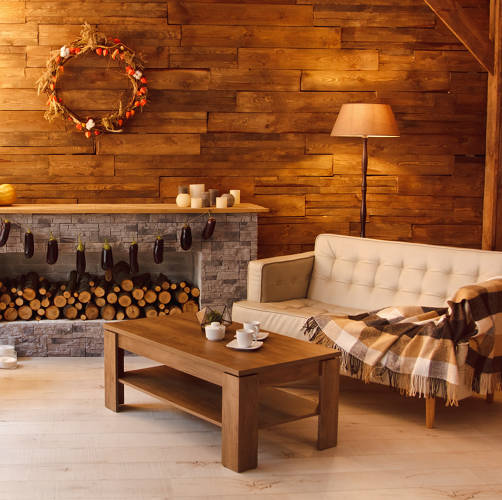 Are you looking to add some seasonal touches to your home as chilly days approach but abhor having a lot of clutter around? Lots of us enjoy adding a few decorative touches, but we just don’t want to add a lot of fuss and frou-frou to our homes. If that’s you, then follow these four… 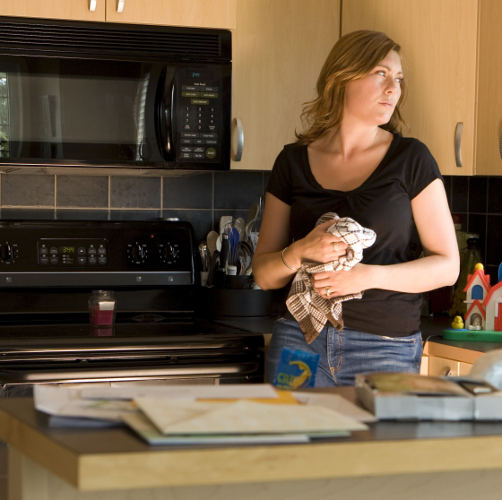 We’ve all got one. The place in our house where things just get dropped…and seem to remain indefinitely. This drop zone doesn’t have to remain a cluttered mess. A few tips will help you get the drop zone decluttered, straightened up, and prevent clutter from returning. This post may contain affiliate links. Please see my…

Click to read… Tips To Help Declutter The Drop Zone

If’ you’ve got clutter you may think of it as merely an inconvenient mess. Those piles and items that have no home make your home look a bit messy, but they aren’t really a big deal. Or are they? Clutter is more than just an eyesore. Over time it takes a toll on your physical,…

Click to read… The Negative Effects Of Clutter: It Makes You Sick, Sad, and Broke!

Carry Along Casserole
Next Post: The Most Delicious Banana Nut Spice Cake You’ll Ever Eat!